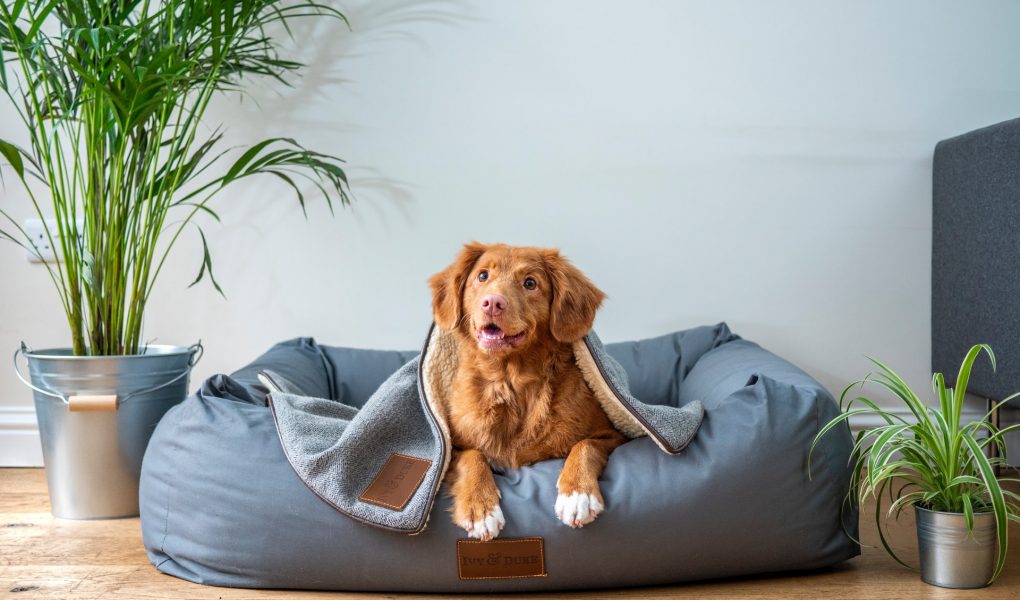 Here are the seven types of dog breeds, their histories, and what pet owners can expect when taking one of these four-legged friends home.

Dogs in the sporting group were bred to be a hunter’s best sidekick—their purpose is to assist with catching feathered game. Thanks to the invention of the gun, sporting dogs were developed as hunters found they needed a canine’s help with retrieving upland game birds or waterfowl.

There are four basic types of Sporting dogs: spaniels, pointers, retrievers, and setters. Some of the breeds in this group, such as retrievers, are especially adept at swimming and specialize in waterfowl like ducks, while setters, spaniels, and pointing breeds are known experts in hunting quail, pheasant, and other game birds in the grasslands.

While these breeds may be known for performing multiple tasks to aid the hunter, typically pointers and setters would identify and mark game by pointing, spaniels would flush game, and retrievers would be in charge of recovering game and wounded game.

All of the Sporting Group dogs are characterized by their natural active and alert personalities, stable temperaments, and their instincts both in the water and out in the woods. Sporting dogs make lovable, well-rounded pets and are the perfect addition to active families, as these energetic, alert dogs will require plenty of exercise and time spent outdoors.

Hound Group
Originally, dogs in the Hound Group were also used for hunting and classified as Sporting Dogs; however, in 1930, the American Kennel Club introduced the Hound Group to include dogs that have specifically been bred to pursue warm-blooded quarry.

Though Hounds share their astute hunting skills, this group encompasses a diverse array of breeds. Sleek, long-legged sighthounds rely on their explosive speed, incredible stamina, and sharp, wide vision to chase fast animals like jackrabbits and antelope and either bring them down or hold them at bay until the hunter arrives. Scent hounds are responsible for using their acute sense of smell to track game, and are known for being more rugged and durable and having the ability to trail just about anything—whether it’s a squirrel or a missing person.

While it’s difficult to make generalizations about such a diverse group of dogs, generally, the charming, affectionate dogs in this group will make loyal companions and family pets, and some will require more vigorous exercise than others.

In existence for centuries, the toy breed was bred for the purpose of serving as companions for their humans. These small, easily portable dogs can be most often found sitting in the lap of their humans—or being carried around. Ideal for apartment living or anyone with limited space, many of these dogs have been bred down from their larger cousins.

The breeds categorized in the Toy group tend to be affectionate and easily adaptable to their family’s environment. They are intelligent, sociable, and full of energy, and despite their small stature, many do have strong protective instincts and big personalities.

A group for dogs that don’t quite fit in anywhere else, the Non-Sporting Group encompasses a variety of breeds with jobs that don’t satisfy the requirements of the other six groups. The AKC originally registered dogs as either Sporting or Non-Sporting, and over time, hounds and terriers were separated from the Sporting Group while Toy and Working dogs developed from the Non-Sporting. There was eventually a separate category to distinguish Herding dogs from Working dogs.

The Non-Sporting Group are all the dogs that remain, and thus have a variety of sizes, functions, and history. Most of these dogs make generally good house dogs and watchdogs, but with breeds ranging from the French Bulldog to the Poodle, their differences are so vast that it makes it difficult to generalize their individual traits.

The dogs in the Working Group dogs split off from the Non-Sporting Group, with the role of performing specific jobs related to guarding property or performing rescues. Considered the blue-collar workers of the canine community, dogs that are categorized into the Working Group have historically been responsible for tasks ranging from pulling sleds and carts to guarding flocks and homes.

While the appearances and jobs of the dogs in this group vary, most are powerful and intelligent, and can be relied on to perform rescues and any other tasks to protect their families. These dogs include farm and draft animals, security, police, and military dogs, as well as guide and service dogs. As such, they make dependable, loyal pets with incredible intelligence and energy.

Categorized by the AKC in 1983, the Herding Group includes the breeds with possibly the most straightforward task. Once included with the Working Group dogs, the group includes 30 breeds in a wide variety of sizes, from the Corgi to the German Shepherd.

Herding dogs have historically been bred to gather, herd, and protect livestock, and work closely with human shepherds. The intelligence and natural responsiveness of these dogs makes them highly trainable. Though all of these dogs share the natural skill of guiding and controlling the movements of other animals, those that are kept as pets will use their instinctual urges to herd their humans—which is why they’re especially great with children. Additionally, they tend to be affectionate and loyal companions and respond very well to training.

The vast majority of the dogs in the Terrier Group originated in the British Isles and evolved with particular duties based upon the geography of their specific area, including killing vermin and guarding their family’s home or barn. Most of these dogs were bred for tasks such as hunting small animals including rats, otters, and badgers.

There are a few variations of terriers; short-legged terriers were bred to pursuit rodents underground, while terriers with long legs are able to dig out these creatures rather than burrowing in after them. “Bull” breeds were once created for bull baiting and dogfights, but, happily, are now some of today’s go-to companion dogs.

All of these dogs share the common trait of self-confidence and courage, as they are determined to do what it takes to locate its quarry no matter the terrain, whether it’s water or mountains. Dogs in the Terrier Group tend to be energetic and feisty. While they do make lovable pets, they tend to have stubborn personalities and some breeds may require special grooming. 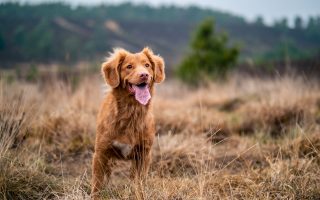 Find What 7 Types of Working Dogs Do 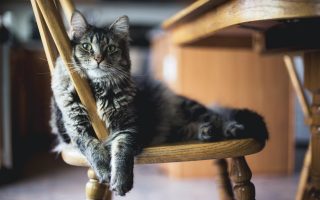 These 5 Games to Play with Your Cat Are Amazing